The old cliché tells us a picture is worth 1,000 words, but it might take an entire book to describe the euphoria vividly caught on camera outside the district court in The Hague on Wednesday as environmentalists celebrated a win against Royal Dutch Shell. The shareholder revolt on the same day at ExxonMobil was similarly celebrated in the US. But is this a watershed moment for environmental activists or will their success be fleeting? Read on. Patrick Temple-West

In Wednesday’s newsletter we alerted you to the exciting day of annual general meetings to come, and the boardroom action did not disappoint.

The top highlight for environmental, social and governance investors came from ExxonMobil, where activist hedge fund Engine No 1 scored a big win when shareholders voted to add at least two of its nominees to the Exxon board.

As our colleagues from FT Energy Source noted, this is part of a larger “sea change” for Big Oil. And sustainable investing advocates say this victory will set a path for future engagement campaigns.

“The ExxonMobil board election is the first for large US companies focusing on the global energy transition,” said Aeisha Mastagni, a portfolio manager at the California State Teachers’ Retirement System, one of the country’s largest pension funds. “It certainly will not be the last.”

The two largest US asset managers, Vanguard and BlackRock, both backed at least part of the Engine No 1 slate.

Vanguard highlighted the “increasingly pressing need” for Exxon to update its approach to climate change and its “insular culture” as reasons behind its vote.

If an upstart hedge fund can pull this off with a stake worth just $54m in ExxonMobil (a historically intransigent company with $248bn in market capitalisation), it bodes well for what an even bigger fund might be able to accomplish, Robert Eccles, professor at Oxford university’s Saïd Business School, told Moral Money.

However, despite the optimism from ESG investors, not everyone is convinced ExxonMobil will drastically change its course.

As an analyst note from Morgan Stanley points out, ExxonMobil shareholders retained Darren Woods, pictured, as chief executive and voted against separating the CEO and board chairman roles. This was “a vote of confidence in the strategic changes he has advanced over the past year: lower capex and cost reductions to defend the dividend, while implementing a more proactive energy transition strategy”, the analysts wrote.

Markets had a similarly muted response to the court ruling against Royal Dutch Shell, which ordered the oil company to speed up its decarbonisation plans.

But as the FT’s Helen Thomas points out in her column, there are multiple reasons not to read too much into this.

“The market is never brilliant at gauging longer-term, vaguely defined threats that don’t have clear implications for near-term cash flows,” she writes.

“There is little doubt this judgment will increase the pressure to be more ambitious on climate change pledges — and it provides the tools for further legal challenges.”

How these challenges take shape will vary from country to country. One such case is already under way in Australia.

While it is “highly unlikely” that US courts would “[dictate] specific carbon emissions reductions along the lines of the Shell case”, according to Ken Rivlin, attorney at Allen & Overy, he and other lawyers still expect a surge of climate lawsuits.

Companies that were making net-zero pledges and not “backing them up” were especially likely to be targets for regulators and litigants, said attorneys Margaret Peloso and Sarah Fortt from Vinson & Elkins.

The ruling against Shell is also noteworthy because it comes just days after its shareholders approved a weaker climate plan over the objections of activists such as Chris Hohn.

Will these climate victories embolden shareholders to push for more? That is the big question. But lucky for us, with French oil company Total’s AGM kicking off today, we won’t have to wait long to find out. (Billy Nauman)

Last year, 31 publicly traded US companies named their first-ever chief sustainability officer, doubling the number from 2019 and setting a record for appointments, according to research from the Weinreb Group, an executive search firm.

Critics have alleged that sustainability chiefs’ roles are often “ill-defined” and that companies appoint them purely to appease ESG investors. And Weinreb found that only 25 per cent of CSOs reported being “one step” away from the CEO.

But Sophia Mendelsohn, who was appointed as the CSO of Cognizant in 2020, says people in the role do not necessarily need to be “in power” to make a difference.

CSOs should act “as an internal influencer . . . It is a very personal role where you are going to need to gain trust to create change, you won’t change the system by doing case studies”, she added.

Institutional investors have reported wanting to hear more from companies’ ESG heads (a group that would include CSOs) — second only to the CFO, according to an Edelman report published late last year.

Furthermore, almost every CSO surveyed by Weinreb pointed to investor interest as the main factor shaping the field of corporate sustainability. 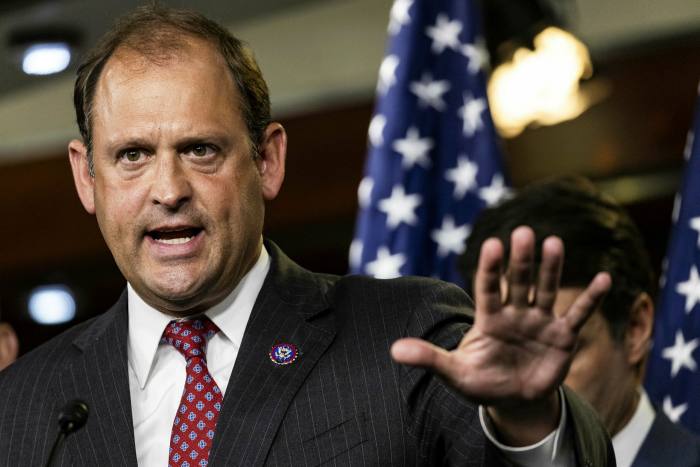 The US coal industry is not dead. In fact, it appears to be gearing up to fight the world’s efforts to combat global warming.

Evidence of the coal industry’s pugnacity was on display on Thursday at a US congressional hearing with chief executives of the largest US banks: Jamie Dimon, David Solomon, Brian Moynihan, James Gorman and Jane Fraser.

At the hearing, Republican Andy Barr, pictured, a representative from the conservative state of Kentucky, excoriated the Net-Zero Banking Alliance, a new coalition of banks that had promised to cut emissions from their balance sheets. The alliance was organised by John Kerry, Mark Carney and others, and includes Citigroup and Bank of America among its US signatories.

One of Barr’s top political donors is Alliance Coal, a Kentucky coal business. Alliance Coal funds only Republicans (for obvious reasons), and the business gave Barr $10,000 in 2020, its largest campaign contribution of the year.

Barr seemed to repay his donor on Thursday: “The [Net-Zero Banking] Alliance is part of President Biden, John Kerry and Mark Carney’s misguided plan to weaponise the financial system and politicise it to choke off funding to legal fossil energy businesses,” he said.

Notably, JPMorgan has not signed up, and at the hearing, Barr indirectly applauded the bank’s chief executive. “Mr Dimon says he doesn’t need John Kerry, Mark Carney or environmentalists at the UN to tell him how to manage his risks or run his business,” he said.

Coal company payments to a handful of Republicans can be shrugged off, but can the coal sector entice Democrat Joe Manchin to its side? The West Virginia lawmaker is considered the upper chamber’s most powerful senator. 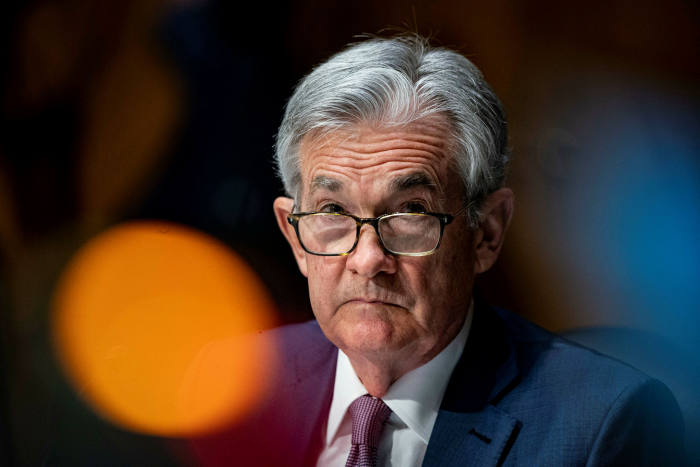 Next week, central bankers from around the world will be gathering virtually to discuss how the financial sector can “take immediate action against climate change-related risks”.

And if the list of speakers is any indication, the issue is being taken very seriously.

Portions of the event will be live streamed to the public, and its organisers expect the discussions to set a path for financial regulators to rein in climate risk in the run-up to the UN COP26 summit in November.

Some central banks are already moving in this direction. The BoE and the ECB, for example, have started instituting climate stress tests.

Three out of four reserve managers polled by HSBC are incorporating or considering incorporating some form of socially responsibly investment principles into their portfolio, according to a recent study from the bank.

However, there is still a long way to go. While the BoE’s mandate was recently updated to include climate goals, most others have not followed suit. In the HSBC survey, a number of central bank reserve managers expressed concern about ESG initiatives conflicting with the banks’ mandates.

And that’s just one issue. There are also countries such as the US, where (as noted above) the politics around green finance are getting heated.

How central bankers manage to walk this tightrope will be hugely important. Next week we should get a glimpse of how steady they are on their feet. (Billy Nauman)