Dale and Mary Wetterling built their dream home on French Island more than 30 years ago.

The island sits between the Mississippi and Black rivers and is home to the Town of Campbell, as well as part of the city of La Crosse and the La Crosse Regional Airport.

While the Wetterlings’ adult children moved out long ago, the two retired school teachers have a new housemate these days — Aqua Maria.

That’s the name Mary gave their Culligan water dispenser when it arrived last fall after the couple found out their well was contaminated with PFAS.

“I felt that bringing this new thing into our house, it had to have a name, right? I mean you bring a child into the world, you give them a name, some people name their boats,” Mary said.

Polyfluoroalkyl Substances, often called PFAS or “forever chemicals,” are chemicals that don’t break down in the environment and are related to adverse health effects like increased cholesterol, cancer and thyroid disease.

In 2019, the state Department of Natural Resources ordered the City of La Crosse to conduct an investigation into PFAS contamination previously found in two city-owned wells on French Island. Officials believe the chemicals came from the use of fire fighting foam at and around the airport.

In October, the city notified around 120 French Island households that they could be affected by the contamination and offered to test their private wells. When many of those tests started coming back with some level of PFAS, residents started doing their own well testing and so did the DNR.

So far, 533 private wells have been tested on the island and all but 12 had traces of PFAS. Thirty-one percent, or 164 wells, had PFAS levels deemed unsafe for drinking water by the state Department of Health Services.

The widespread contamination led DHS to declare an emergency water advisory for the area in March. Now, the state and the City of La Crosse are providing residents like the Wetterlings with five-gallon water jugs.

But Mary said the jugs are an imperfect solution for her and some of her neighbors.

“We have two women on our street who are widows and they literally cannot pick up that big huge gallon,” Mary said. “My husband has helped a couple times. They call in somebody to come up and load their clean water for them.”

She said both women lost their husbands to cancer. Dale is also a two-time cancer survivor and Mary said she can’t help but wonder if the PFAS contamination had something to do with it.

“We have two grown daughters, four grandchildren. And they said, ‘Oh, so when we were coming to your house for all of those celebrations, we were drinking PFAS water.’ We didn’t know that,” Mary said.

The Wetterlings and their neighbors are anxious to know what will happen next, but finding a permanent source of clean water for Campbell residents is already proving elusive.

The Campbell Town Board recently hired an engineering firm to explore different options for the municipality. But Town Chair Josh Johnson said finding the money to pay for the needed studies, let alone build a municipal water system, will be difficult for the town of about 4,300 residents.

“Until we have more facts, it’s really hard to pick a solution and go with it because you don’t want to turn around and have the town take out some kind of loan, which we shouldn’t have to do in the first place because we didn’t cause this, and fund a whole infrastructure project only to find out five years down the road that what you tapped into for water has some different kind of contaminant in it,” Johnson said.

Treating the island’s nearly 1,500 private wells would be costly and digging them deeper could spread the contamination. But Johnson said many residents prefer the independence and lower property taxes that come with private wells.

“They don’t want anything from anybody else, they want to do it their own way. A lot of them want to keep their own wells and put in their own treatment systems. A lot of them already have, like reverse osmosis systems,” Johnson said.

DNR officials say connecting affected residents to nearby municipal water is often the most viable solution for communities like Campbell because it provides the best continued water quality.

Johnson said his constituents are skeptical about getting water from La Crosse.

“I’m a resident and it leaves a very — no pun intended — bad taste in my mouth to turn around and get water from the people who poisoned your own private well,” Johnson said. “We don’t know where this is going to go so we don’t necessarily want to partner up.”

Now, more than 900 Campbell residents are planning to take legal action against the city over the contamination and for failing to notify them when the chemicals were first discovered in city water in 2014.

La Crosse officials aren’t rushing to provide water to the town anyway. In an interview with WPR’s “Newsmakers” this spring, Mayor Mitch Reynolds said evaluating the best path forward from the contamination will take time.

“We can’t jump into solutions that may be ineffective, and we’re not at the point we’re providing remediation or mitigation,” Reynolds said.

He said La Crosse is also a victim of the contamination because it has affected two municipal wells. And that’s why the city filed its own lawsuit against the chemical companies who make PFAS in March. They claim the companies knew the health risks associated with PFAS for decades but continued to sell products that contained the harmful chemicals.

But winning either of these legal battles doesn’t guarantee an easy path to a solution.

Earlier this year, residents in the Town of Peshtigo in northern Wisconsin reached a $17.5 million dollar settlement with a chemical company over PFAS in their water. But, residents are still waiting for a permanent source of safe water.

Donahue and Johnson were hoping Campbell could tap into funding through a $10 million municipal grant program proposed by Gov. Tony Evers in the new biennial budget. Instead, the state Assembly passed a GOP-sponsored bill that would create a similar grant program for communities affected by PFAS contamination, but the proposal would prevent them from suing those responsible for the pollution if they received funding under the program.

Republican lawmakers on the state’s budget writing committee also stripped Evers’ proposals to provide funding for new PFAS-related staff at the DNR, public water sampling and a provision to require the DNR to establish interim standards and monitoring requirements for PFAS.

Donahue said residents want to see more done at the state and federal level to help their community move forward. She points out that there is no federally-recognized safe level of PFAS in water.

“Every single day, I run into residents, pregnant moms, elderly people, young people who are concerned about their parents,” Donahue said. “There is a tremendous concern. People are afraid to drink the water and rightfully so, until they find out what the number is for their household.“

The Wetterlings said they also see that fear in their neighbors. Conversations now revolve around household water test results and what remediation methods they’re pursuing in case the city or DNR stop providing bottled water.

Dale said they know it could take a long time to reach the end of a class action lawsuit. So they recently spent around $3,000 to have a new filtration system put into their home.

“Being at 78, we had to do something because we don’t know how long we’re going to be here,” Dale said. “We’re going to move out of here before that’s resolved, and it’s going to affect our property value, which is a big item.”

Dale said he worries about the people on the island who can’t afford that kind of expense and what will happen if free bottled water is no longer available.

He said residents are anxious to know when they’ll have a permanent source of clean water and how the situation will affect their property taxes and ability to sell their homes down the road.

But it could be years before they have the answers to those questions and more. 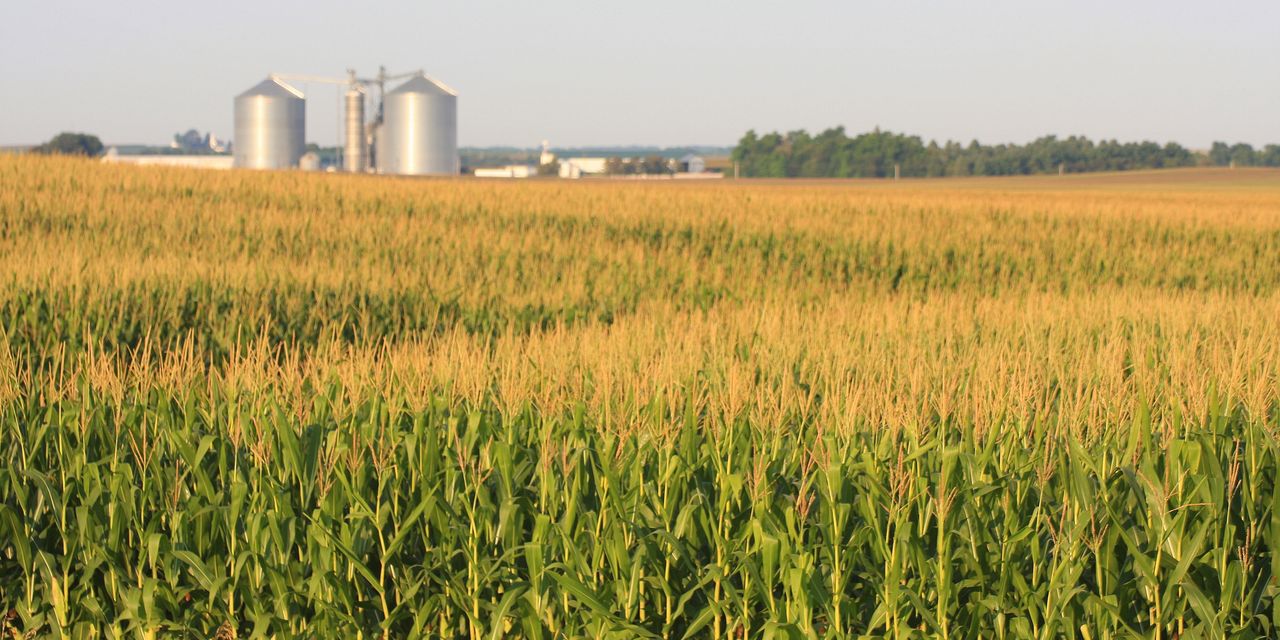 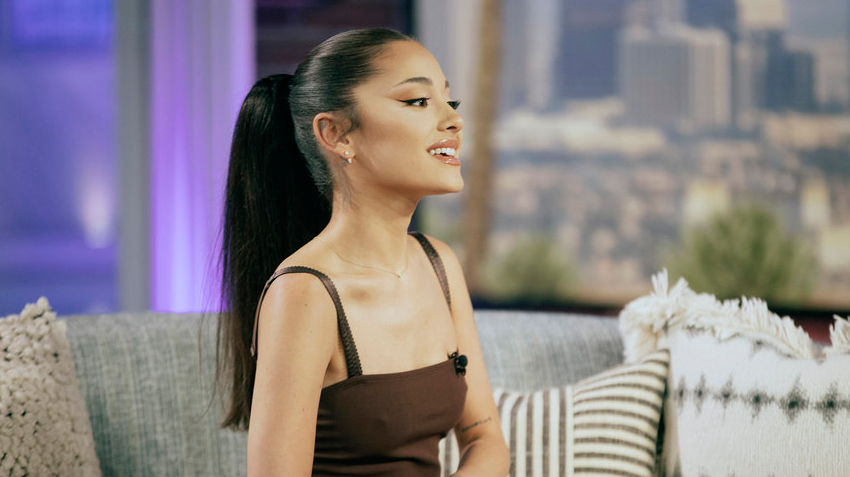