The U.S. Capitol Building, in Washington D.C. Photo by Quick PS on Unsplash

By Brett Walton, Circle of Blue

Even before an initial round of funding is distributed to states and tribes, Congress is preparing to add another $500 million to a first-ever federal assistance program for low-income households that owe money to their water departments.

The House Budget Committee on Monday marked up President Joe Biden’s $1.9 trillion “American Rescue Plan,” a procedural move that sets the table for a House vote by the end of the week.

The relief package includes $500 million to assist low-income households who are behind on their water bills.

Kristina Surfus, managing director of government affairs for the National Association of Clean Water Agencies, told Circle of Blue that the funding is not near the amount needed to address a water-bill debt problem that has grown substantially in the year since the pandemic inverted American life. “But it’s an important step,” she said.

The potential need is indeed enormous. In December, Congress allocated $638 million for water-bill debt relief, the first time lawmakers have made federal funds available for that purpose. But in California alone, a state regulatory agency estimates that residents of that state owe about $1 billion in past-due water bills. Not all who are behind need help. As evidence from North Carolina shows, some are simply waiting until they have to pay. Most states prohibited the disconnection of water service, which is a tool for compelling people to settle past-due balances. Still, assistance will be a lifeline to many households with precarious finances.

The latest pandemic relief package is being swept through Congress by a process intended to avoid a Senate filibuster. Reconciliation allows Congress to pass legislation related to budget matters with a simple majority. Though the Senate is split 50-50, Democrats hold the tie-breaking vote because they control the White House.

Funding would be channeled through the Department of Health and Human Services. The legislation directs the department to consider two criteria when it allocates money to states and tribes: the percent of households under 150 percent of the federal poverty line and the percent that pay more than 30 percent of income on housing.

Surfus said that department officials have told her that they are working to get aid to states and tribes as quickly as they can but it probably won’t be disbursed until April. In an emailed statement, the department wrote that it is in the process of identifying allocations and that a “disbursement date has not been determined.”

States and tribes, in turn, are responsible for allocating the funding to utilities. Utilities are then to use the funds to reduce customer debts or lower their rates.

How will states determine which of the hundreds or thousands of utilities in their jurisdictions will receive the money? How will utilities choose which households receive assistance? The legislation provides little direction, other than saying utilities should focus on households with the lowest incomes that pay a high proportion of their income on water.

“It’s an open question how it’s going to work out,” Surfus said. “It’s not clear [assistance] is going to align with the greatest water bill needs.”

Manny Teodoro, a public policy scholar at the University of Wisconsin, suggests that states should prioritize simplicity over precision — by using an allocation formula based on population and poverty. He argues in favor of a two-tier system. Large utilities, which generally have more experience with financial assistance programs and more administrative resources, should be capable of handling outreach and distribution on their own. Smaller utilities, which have less sophisticated billing systems and fewer staff, should be assisted by regional social services agencies.

The legislation directs utilities to use existing procedures, akin to those for energy and food assistance, to hand out aid. Surfus has encouraged utilities to leverage these networks, including those that administer energy assistance.

Surfus and others in the water industry hope that the emergency provisions related to the pandemic eventually solidify into a permanent, better-designed federal aid program. The relentless increase in water rates and financial precarity will still be around after vaccines are in arms. 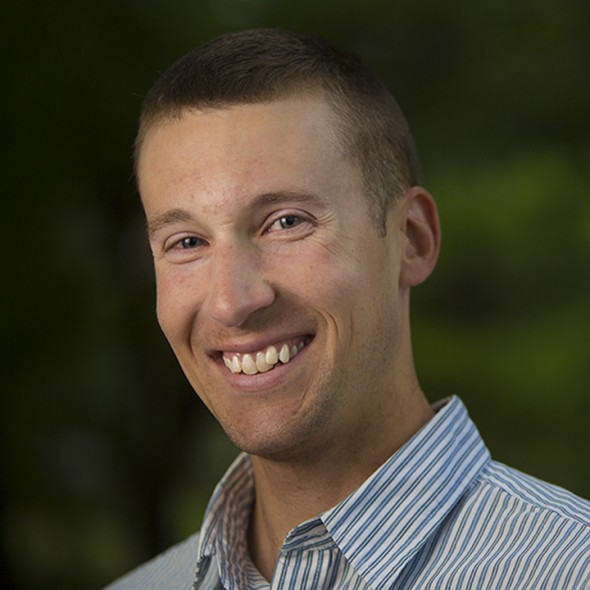 Brett writes about agriculture, energy, infrastructure, and the politics and economics of water in the United States. He also writes the Federal Water Tap, Circle of Blue’s weekly digest of U.S. government water news. He is the winner of two Society of Environmental Journalists reporting awards, one of the top honors in American environmental journalism: first place for explanatory reporting for a series on septic system pollution in the United States(2016) and third place for beat reporting in a small market (2014). He received the Sierra Club’s Distinguished Service Award in 2018. Brett lives in Seattle, where he hikes the mountains and bakes pies. Contact Brett Walton