DEC”s map of known PFAS-contaminated sites in Alaska. Per- and polyfluoroalkyl substances chemicals are found in some firefighting foams and a wide range of consumer products. Exposure has been linked to adverse health effects. (Department of Environmental Conservation)

The state of Alaska is suing manufacturers of a pair of the toxic PFAS compounds that have contaminated groundwater across the state. The lawsuit filed Wednesday names chemical giants 3M, Dupont and others.

It comes the same day as a bill was filed compelling state regulators to take broader action on contaminated sites, many near small state-run airports in communities from like Gustavus and Yakutat which have a number of PFAS compounds in private wells.

The 38-page legal complaint filed on behalf of Alaska Attorney General Treg Taylor notes that for decades, the companies knowingly produced the toxic chemicals, which do not break down in the environment and are highly soluble, allowing them to easily spread in groundwater.

“Defendants, by their actions and/or inactions, bear ultimate responsibility for the release of vast amounts of PFOS and PFOA into Alaska’s environment, contaminating the state’s water resources, soils, sediments, biota and wildlife, threatening the health, safety, and well-being of the state’s residents,” the lawsuit says.

Environmentalists called the state’s lawsuit long overdue. Alaska lawmakers have been urging the governor to do more to regulate PFAS compounds, says Pamela Miller of Alaska Community Action on Toxins in Anchorage.

“It was more than a year ago that 16 legislators, both Democrat and Republican, signed a letter to the governor, asking him to file a lawsuit on behalf of Alaskans and people contaminated by PFAS,” Miller told CoastAlaska.

The lawsuit focuses on two compounds — PFOS and PFOA — that are contained in firefighting foams commonly used at airports that are designed to suppress fuel fires. The PFAS chemicals do not break down and, if ingested over time, can lead to a range of health problems.

Environmentalists criticized the Dunleavy administration for rolling back the state’s drinking water standards to only regulate two types of PFAS chemicals.

She says the lawsuit focuses on these two specific chemicals, even though the firefighting foams named in the lawsuit contain a complex mixture of PFAS compounds.

“Just by focusing on these legacy chemicals — PFOA and PFOS — I think there’s really a possibility of missing a number of important PFAS chemicals that are also causing harm to communities and drinking water sources around the state,” she said. 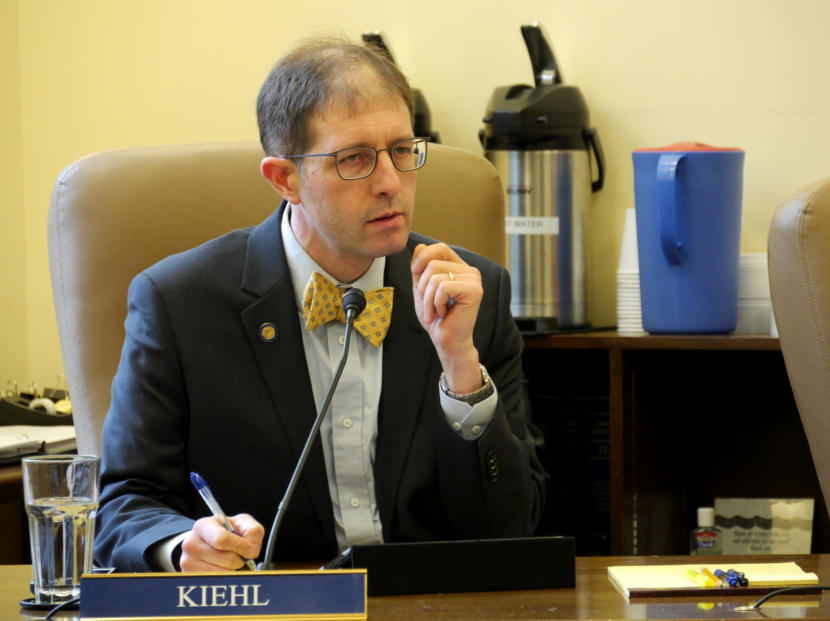 The lawsuit’s filing comes the same day as a PFAS-related Senate Bill 121 was filed by state Senator Jesse Kiehl (D-Juneau).

“It sets a much more protective standard based on good science than what the state has in place right now,” Kiehl told CoastAlaska.

It would expand the number of PFAS compounds currently regulated by the state. It would also require PFAS polluters to pay for clean drinking water and blood tests for affected Alaskans.

“We have substances that are poisonous and contaminate the drinking water when used as directed,” Kiehl said.

The Southeast lawmaker applauded the attorney general’s decision to take action to help recoup some of the millions the state has already spent on PFAS-related costs.

“States all across the country, red states, blue states doesn’t matter have been getting some of the cost of cleanup covered by the manufacturers,” he said. “And I think it’s a very responsible and appropriate move for Alaska to do that.”

The Department of Law didn’t immediately make anyone available for an interview. The case is being handled by contract lawyers from the Anchorage firm Birch, Horton, Bittner and Cherot.

State financial records show the law department most recently paid the Anchorage law firm around $92,000 for legal work last summer.  The lawsuit seeks unspecified damages to be determined at trial.