bulls took a breather on Friday after the shared currency had the best week against the so far this year. While the US and Asia are already on a solid recovery path, there is a belief that Europe will be successful in immunizing the major part of its population within few months.

While Europe’s vaccine campaign might be getting back on track, giving reason for optimism, the EU’s recovery is still on shaky ground.

Looking at the weekly chart we remember that the euro could be formatting a huge head-shoulders-pattern, giving that the resistance levels at 1.20 and 1.21 remain unbroken. In other words, if euro bulls are unable to overcome the 1.21-barrier the focus will remain on a break below 1.16 which could result in steep losses towards 1.12. 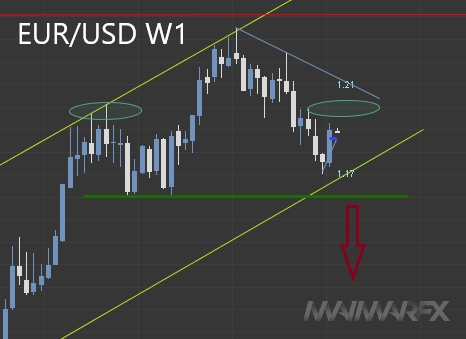 The experienced a sell-off last week on the back of concerns relating to AstraZeneca (NASDAQ:) shot, which the UK is heavily dependent on. Hedge funds unwound bullish positions in the pound. Despite the latest correction, April is historically a supportive month for the pound and giving the potential strength of the UK’s recovery there is room for a resumption of the pound’s overall uptrend.

Looking at longer time frames we see the pair reaching oversold territory, increasing the chances for a rebound. We see two crucial support zones which could limit bearish momentum in the currency pair. If 1.3670 breaks significantly, the next crucial support is seen at 1.36 from where bullish momentum can accelerate. Based on the short-term downtrend channel the next support would be at around 1.3520 but giving the oversold situation we anticipate earlier gains and will pay attention to a break of the lower resistance at 1.3850.

Currently we are long at 1.3715 with the stop at breakeven. 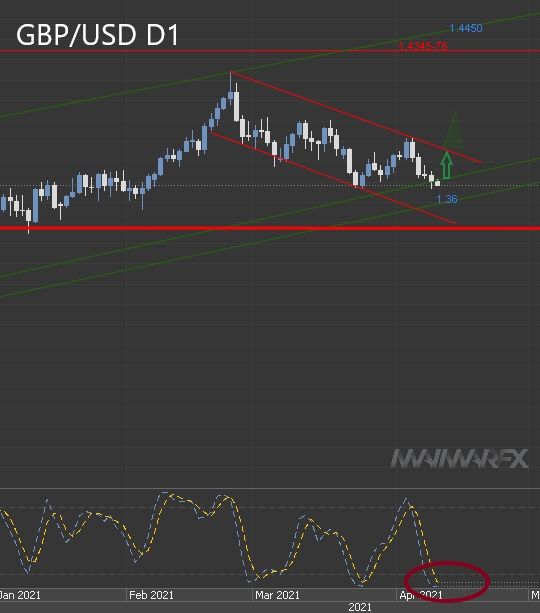 This week the focus will be on the US report Tuesday while Federal Reserve Chair Jerome Powell could reiterate its dovish rhetoric during his moderated Q&A on Wednesday.

Disclaimer: All trading ideas and expressions of opinion made in the articles are the personal opinion and assumption of MaiMarFX traders. They are not meant to be a solicitation or recommendation to buy or sell a specific financial instrument.